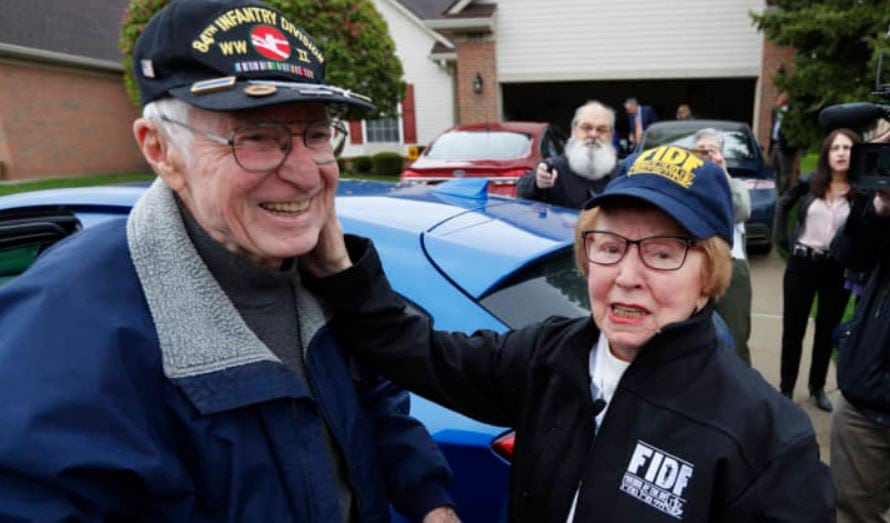 Emotions flew and for different reasons when an Army veteran and Holocaust survivor met for the first time. Sophie Tajch Klisman welcomed Doug Harvey to her Commerce Township home on Monday and thanked him for taking part in the 1945 liberation of the German concentration camp where she was being held.

Klisman greeted Harvey with a hug and held tight as she repeatedly thanked the 95-year-old for taking part in the liberation of the Salzwedel camp, telling him: “You gave me my life.”

Harvey said he “can’t take credit for the entire 15,000 guys in” his 84th Infantry Division, to which Klisman replied: “But you were one of them … and I’m very fortunate to meet you.” 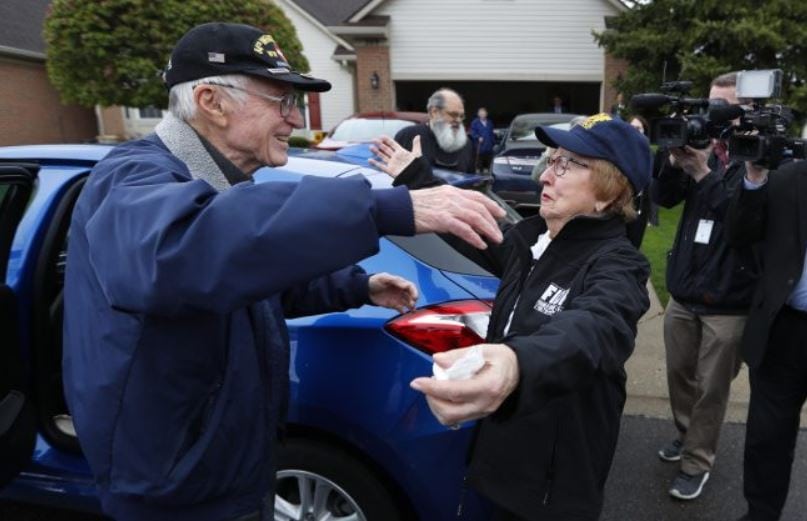 The two then went inside Klisman’s house in Commerce Township, sat on the living room couch and chatted with reporters about their experiences during World War II.

“They rolled in with tanks and came and opened the gates. And they were telling us: ‘The war is over. You are free. You survived,’” Klisman said. “So, that kind of feeling. We were barely alive. I mean, we were all like skeletons. A lot of the soldiers that looked at us, they cried.”

Harvey, of nearby Sterling Heights, learned about Klisman while reading a recent story in the Detroit News about her plan to return to Poland and Israel as part of the “From Holocaust to Independence” mission of the Friends of the Israel Defense Forces (FIDF).

The two were able to connect and they met in person on Monday. Klisman, 89, returned from the trip over the weekend. 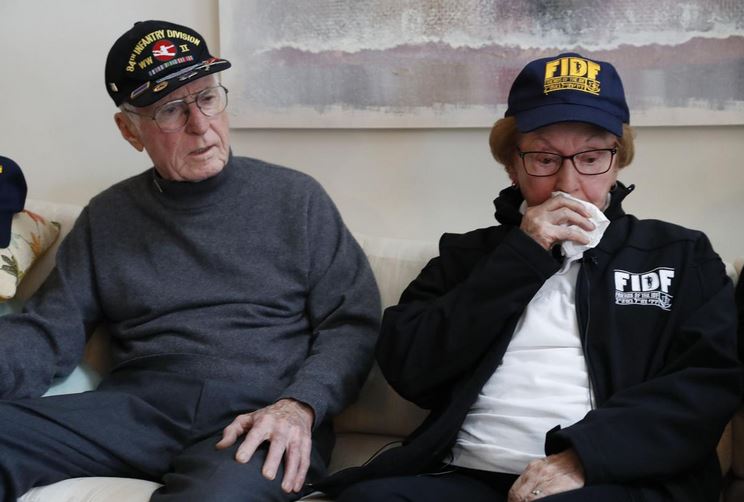 In addition to Salzwedel, Klisman, along with her sister Felicia, survived the Auschwitz and Bergen-Belsen concentration camps.

The sisters immigrated to the U.S. in 1949, settling in the Detroit area. The rest of their family were killed during the war.

Klisman, surrounded by photos of her children and grandchildren, told Harvey that he and his fellow soldiers “gave a lot of prisoners, the survivors, life” and pointed out that “if it wouldn’t be for guys like” him, she wouldn’t have her “beautiful family.”

“We defeated Hitler. And the Jewish people will survive and thrive. Hard to describe, hard to describe,” said Klisman, who on several occasions during the meeting removed her glasses to dry her eyes.