A Ravensdale man fixes up old bicycles and helps distribute them to children in need, aiming to give them a sense of normalcy.

On any given day, bikes that commuters leave on the bus are taken to the SODO warehouse, waiting to be claimed. After 10 days, the bikes are up for grabs for folks like Belcher.

That biker’s loss is Belcher’s gain as he uses the castaway two-wheelers to help his mission.

From his garage in Ravensdale, southeast of Maple Valley, he restores bikes either scooped up from the surplus warehouse or donated to him by the community to give to lower income kids.

Bicycle Rescue for Youth began when Belcher noticed bikes being given away on Craiglist for free.

“I was thinking someone should do something with those bikes,” he said.

He gives them to local organizations like the Convington Rotary and Maple Valley Food Bank to be passed on by them to kids in need in east King County. 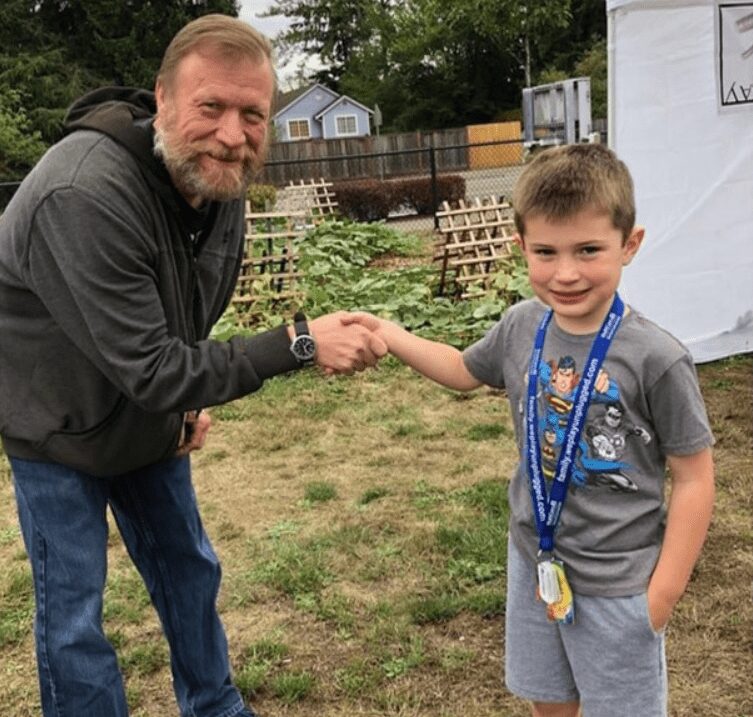 As someone who grew up in a low-income household, he knows what the gift of a bike means.

Belcher is a retired design mechanic who worked at Boeing for 36 years. He now works on bike five days a week, six hours a day.

“I have to be doing something, so this fits right in with my personality,” he said.

He is in search of a larger facility to store the bikes and to work on them. Right now, he is working out of his own garage.

His upcoming goal is to raise enough money to get 30 bikes done for the holidays.

Story as seen on King 5 News