‘They Loved It!’ – Dad Builds Wheelchair-Accessible Igloo for His Kids with Special Needs

‘They Loved It!’ – Dad Builds Wheelchair-Accessible Igloo for His Kids with Special Needs 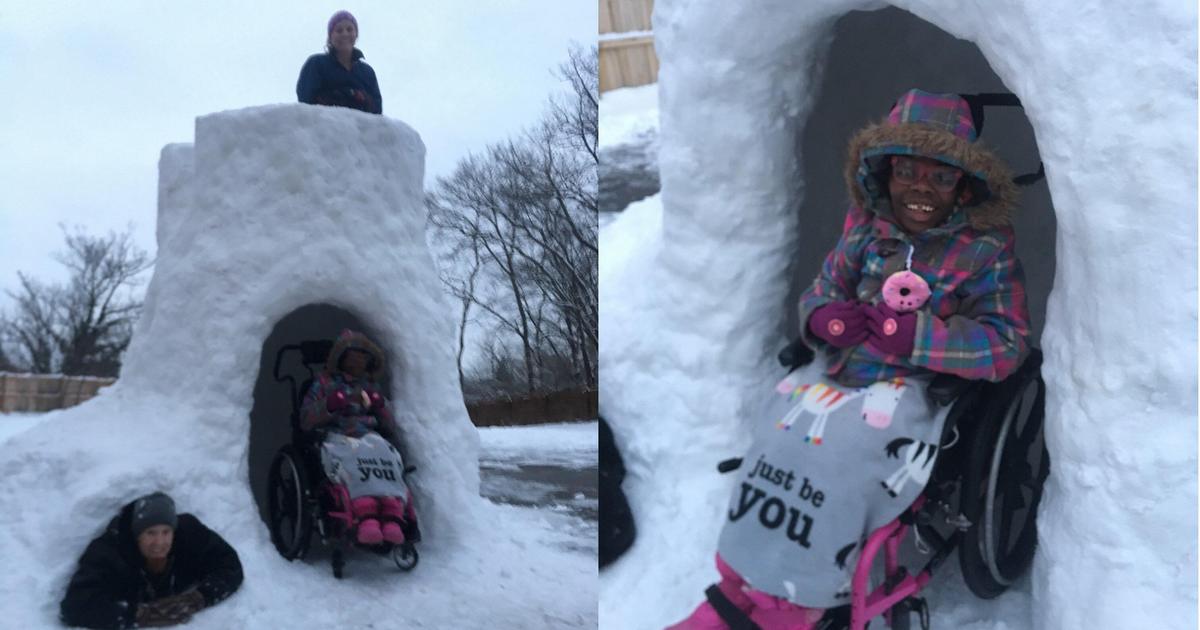 Ah, the things we do for our beautiful children. Their innocence and purity of character makes it so hard to see them go without, or even worse, left out. Children with special needs may not always understand why they can’t participate in the same activities as “normal” kids. So when this Ohio dad built a special wheelchair-accessible snow fort for his two children with special needs, it really touched us in the deepest part of our hearts. Their is nothing more beautiful than the excitement and joy of a child. They are the ones that understand the real magic of this world. The moral of this story – practice empathy and make the time to help others feel special, included and just like everyone else. At the end of the day, we all came into this world the same way and we all deserve to have our best chance at happiness. So if you hold the power to help someone achieve this…Do It!

Gregg Eichhorn, of Cincinnati, Ohio, is always looking for ways to make life easier for his nine children, who all have special needs.

So, when the snow rolled into the area last weekend, Eichhorn, 34, and his sister Sarah Brantley spent nearly five hours on Sunday building a wheelchair-accessible snow fort so Zahara, 19, and 11-year-old Elijah, could enjoy some classic childhood fun.

“I keep telling everybody, it’s really no big deal. We were already building a snow fort so when we were doing it I said, ‘Hey, let’s build it so that Elijah and Zahara, my two kids in wheelchairs, could use it as well,’ ” Eichhorn says of his kids, whom he adopted with his wife, Katie.

“I said, ‘They’d love to use the snow fort!’ It was all very passive, we just wanted to be able to include the handicapped kids who wouldn’t be able to participate in the building of it.” 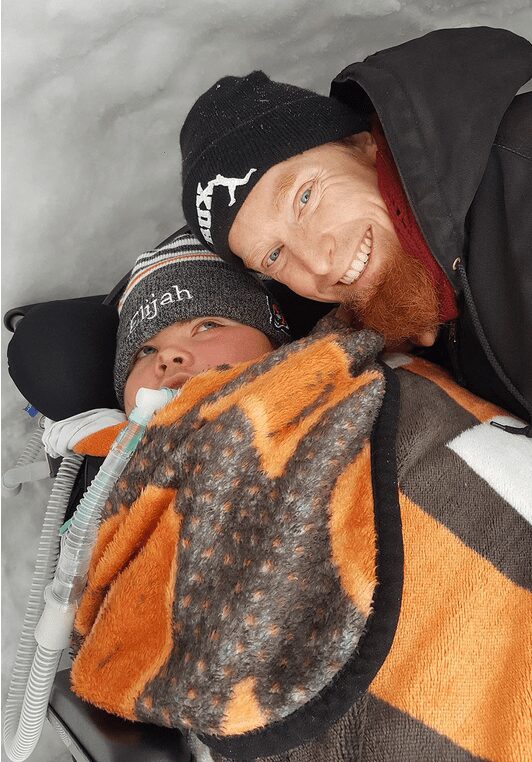 Eichhorn says most of his children helped build the igloo for brief parents, but the main effort came from himself and Brantley. But, for the dad of nine adopted kids, it was well worth the time.

“They loved it! They were having a blast. The day afterward, we even put a slide on the top so they could slide off the top of it. Elijah opened his eyes up in there, and that was a big deal because he has cortical vision impairment. Our kids were so excited to see that,” Eichhorn says, noting that both Elijah and Zahara are nonverbal.

“It’s just fun to build those kinds of things for nice family moments. [Zahara] just lit up. She smiled real big. I know she felt really special and included. She’s either bored or she’s happy –– and she was very, very happy to be out there.” 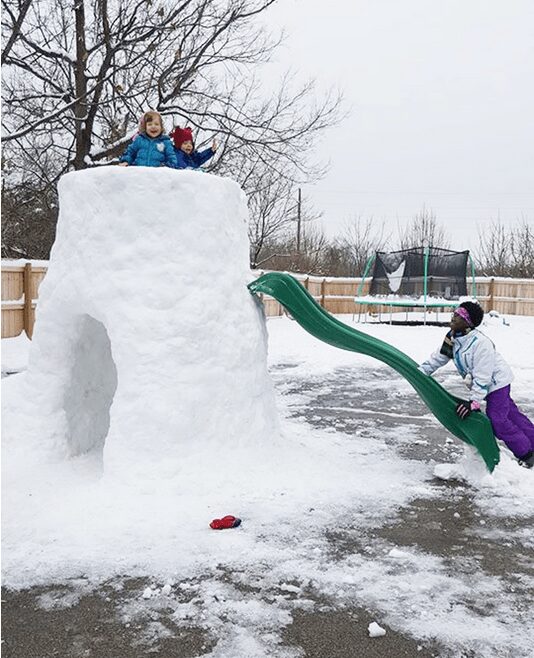 Eichhorn says he and his wife, Katie, 32, have dedicated their lives to caring for their children with special needs. So, they never expected the accessible igloo to garner so much attention.

Eichhorn first shared photos of the snow fort on Facebook, writing, “Built this handicap accessible igloo today with my sister. Includes mini igloo and second floor snowball deck. Not the first ambitious (sic) I’ve done.” Friends who saw the photos shared them on Reddit, where they quickly went viral.

“We didn’t know about all the people that were gonna be interested. For me, this is no big deal. People have told me, ‘Getting the word out about medical and special needs adoption, that’s part of our family’s vision. You can have special people in your family, that weren’t part of your family and you can love, and your family is better,” he tells PEOPLE. 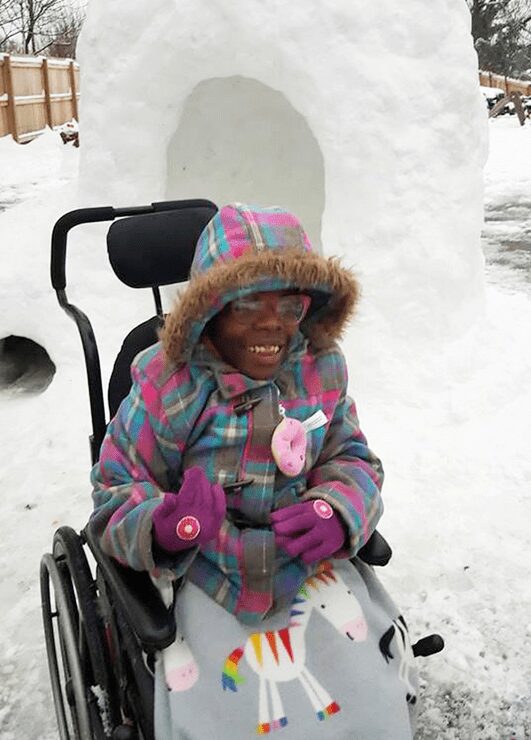 Eichhorn and Katie’s children range in age from 4 to 19 – Zahara is the oldest – whose special needs include heart issues, cerebral palsy, vision impairment and more.

“My life is so much better having special needs kids. I don’t know what I would have done in life, but I would not be the person I am today. I would not have the compassion, the love,” he says. “All the things I learned that I get to experience that other people don’t. People don’t know what they’re missing out on by not having people that are special around them.”

Story as seen on People