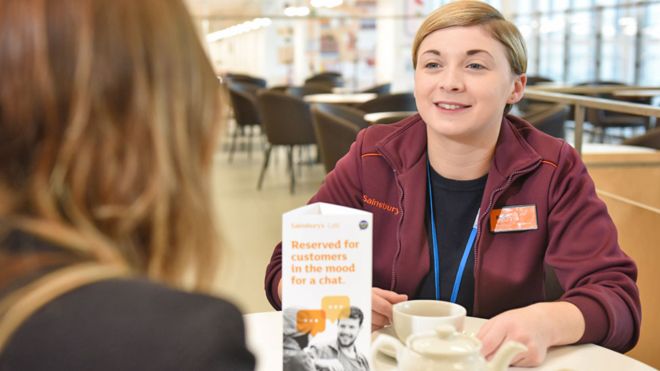 If you were lonely, would you go into a cafe and sit down for a chat with a complete stranger?

That’s the idea behind the “talking tables” initiative.

Sainsburys supermarket has designated some tables in its cafes as places where you can have a conversation with a stranger instead of sitting alone and feeling isolated.

It comes as the government launches its “loneliness strategy”.

But what’s really revealing is to hear what shop workers see of the loneliness of their customers. 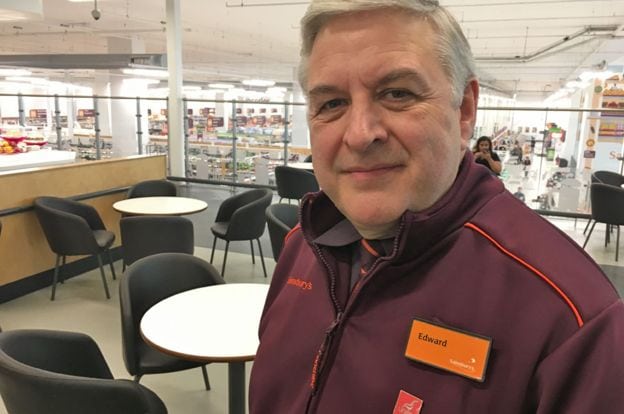 There are about 20 Sainsbury’s cafes piloting the “talking tables” idea, including the branch in Fulham, west London.

Edward Collet, who works on the welcome desk, sees people every day who come to the supermarket for company as much as for shopping.

He says some are bereaved husbands who relied on the social networking skills of their wives and are now trapped in “solitary lives”.

They don’t want to be “stigmatized” as lonely, he says, and might crave company, but don’t feel able to ask for it.

Edward says they come up to the information desk for a chat about shopping – or even call up the helpline. 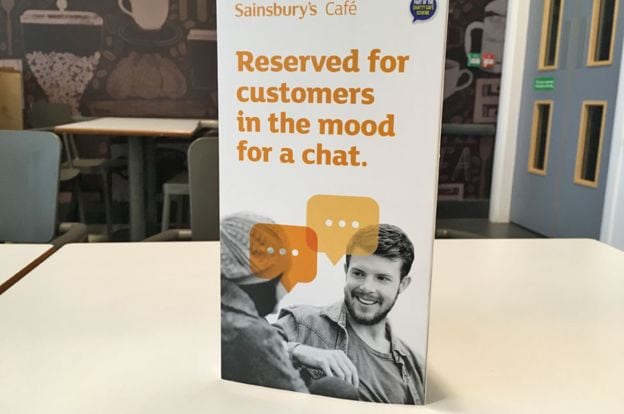 He sees shoppers who will wait until they can be served by a particular check-out assistant, because they see them as friends and this is a moment when they can swap a few words.

It’s their chance for some human interaction.

There are also young mothers, cut off from the adult company of work, who, Edward says, can seem quite angry, which he puts down to their feelings of isolation.

‘People fade away without human company’

With so many public places closing, whether it’s post offices, libraries, churches or pubs, he says, the supermarket has become one of the last places people can still meet and feel safe.

He sees those at risk of chronic isolation – where people lose contact with the outside world and “basically die inside their houses”.

And there are others who have begun to show signs of dementia.

Edward has become so much a part of the life of the people using the shop that, he says, he has been to some of his customers’ funerals.

And, he says, staff in the shop often work alongside local charities, churches and food banks, in a kind of informal support network. 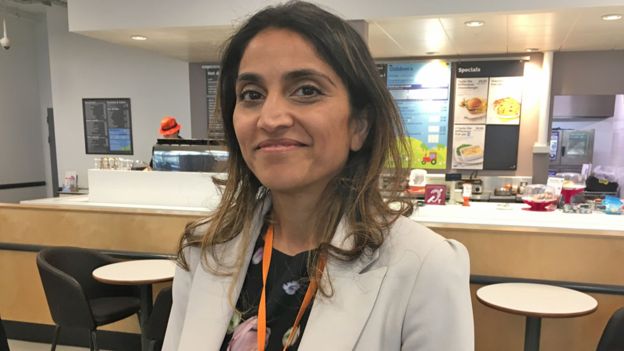 Leigh Brown, the store manager, says much of what really happens in a shop goes unrecognized by the customers who dive in and out.

He says last week an elderly man was noticed spending the entire day in the shop – and as it was eventually closing, Leigh gave him a lift home.

The manager is confident the talking tables will catch on with customers, because, he says, he’s seen how in other places they attract their own “cult following”, with people making it part of their social lives.

The cafes also have their own secret tactic against being taken over by laptop users – none of them have power sockets.

So if these people working for a supermarket were asked for their own first-hand answers for tackling loneliness, what would they suggest? 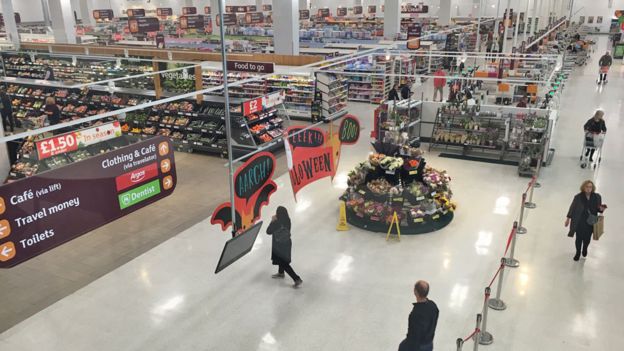 Rupa Graham says the challenge is to “bridge the gap” between generations in families – so that young people could spend more time with old people.

She also would like to have less negative news, because it creates a “perceived fear of talking to strangers” so that people are afraid to make friends.

Leigh says the most pressing problem is that “town centers are dying” – and the places where people might socialize are disappearing.

“What are we going to do with them? We need to re-invent town centers. We’re going to end up with ghost towns,” he says.

Edward says that loneliness needs to be understood from the perspective of those most vulnerable.

“They might want to close a bus stop and say it’s only five minutes walk – but it’s not five minutes if you’ve got arthritis,” he says.

The other big question, linked to good transport, is a sense of safety. He says many elderly customers are worried about going out and they need to be able to travel safely and feel they are in a secure environment.

But, he says, all of this depends on a sense of community surviving – which itself can be a fragile thing. 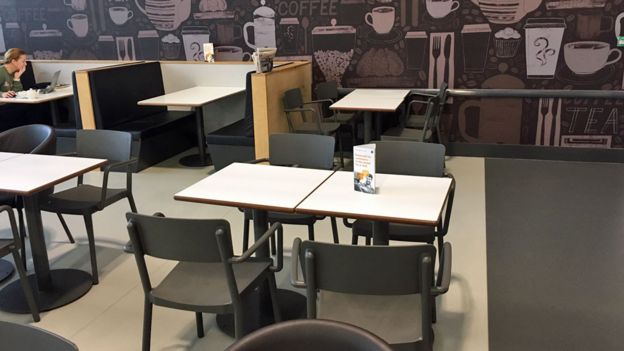 In this part of London, he says, there has been rapid gentrification but there are still the links of older communities.

“There are people who bought a house for five bob in 1945 and their families are still here,” he says.

But will the tables get people talking?

On a rainy Monday morning, with the new signs in place, there were no takers. The conversation about loneliness is still waiting to begin.

Story as seen on BBC