Any parent of an autistic child knows that the world is far too often unwilling to accommodate their needs. Sheree Bethea, known around Atlanta as “Ree the Barber”, stepped up to ensure her 6-year-old autistic client had a haircut experience he could enjoy.

The video Dr. LaQuista Erinna posted to TikTok of Ree letting 6-year-old Jackson Erinna run around her shop while she buzzed his hair was viewed more than 4.5 million times.

“When your kid is on the spectrum, people don’t want to be bothered,” she shared in the video’s caption. “[Ree has] always been so patient and kind to Jack-Jack. Yesterday was an epic meltdown. I usually have to do some coaching to get him in the chair. He will put on his headphones, and we power through. Yesterday he forgot his headphones, and it went downhill fast. He refused to sit in the chair and just lost it.”

Rather than get frustrated, Ree turned the haircut into a game for Jackson. She noticed his Super Mario t-shirt and told the boy to protect Mario from the falling hair by running around the shop while she buzzed him. Ree explained her plan to put Jackson at ease, “I’m thinking if he’s running, if he’s moving, he’s not going to pay attention to me cutting his hair. I was trying to distract him”.

Watching Ree treat her son with dignity and kindness was an emotional moment for Jackson’s mother.

“Something just told me to pick up my phone because I started getting choked up. I was like, ‘She’s really going the extra mile to make sure Jackson’s looking good,” Erinna said. “When you find someone who is just a breath of fresh air and accommodating, it really touches your heart. Ree is a gem.”

Dr. Erinna recounted many previous experiences that made Ree’s treatment of Jackson all the more significant “We’ve gone to barber shops before where, you know, we, in so many words, been told not to come back. And that’s fine because I don’t want anyone to service my child who doesn’t have the patience and the kindness to treat him with dignity and respect,”.

Jackson, who was diagnosed with autism spectrum disorder at 3-years-old is described by his mother as playful, energetic, and artistic. Jackson often suffers under judgment from people who do not understand autism and the difficulties of living with autism.

Autism, or autism spectrum disorder, encompasses a wide range of conditions most commonly characterized by difficulties with social skills, communication, and sensory hyper-sensitivity. Like any spectrum, autism varies in severity for each individual and each aspect of the condition. A common misconception about autism is that it only affects young boys; autism affects both boys and girls of all ages.

The dignity and compassion Ree showed young Jackson is the kind of behavior that makes the world much easier for autistic people of all ages to navigate.

“We all deserve to be treated equally, we’re all one,” Ree said. “I’m gonna give you my all. If I’m not giving you my all, we’re not done, it’s not complete.” 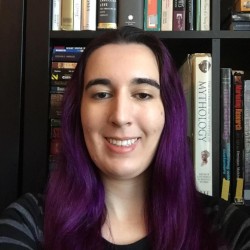