For many people, work is taken for granted — an assumed, if not all that exciting, part of daily life, something to grumble about on Monday mornings.

But for others, it’s the dream. And for many adults with developmental disabilities, especially those who have aged out of the public education system, it’s a dream that can feel far out of reach. Many businesses don’t want to take a chance on someone with special needs — and in cases when they do, employees are often given menial tasks such as sweeping floors or cleaning bathrooms, or insufficient hours on the schedule.

The 35-year-old is an employee at Puzzles Bakery and Cafe in Schenectady, New York, where more than half of the employees have some form of developmental disability. The cafe’s logo, a puzzle piece, is a symbol for autism awareness. 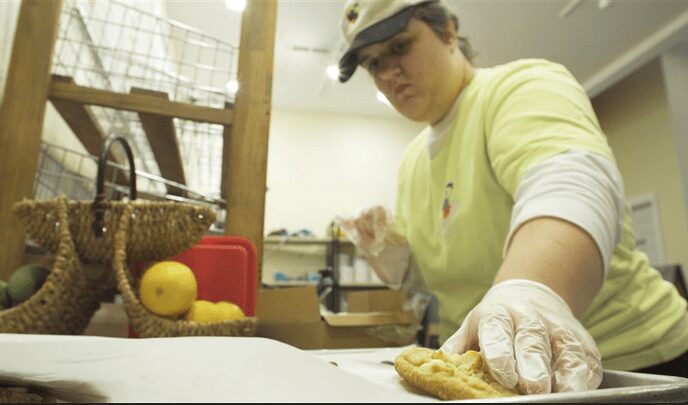 Sara Mae Pratt, 28, opened Puzzles in 2015, inspired by her sister Emily, who is on the lower-functioning end of the autism spectrum.

“Here in New York, at age 21, that’s when people age out of public education,” Pratt said, speaking of resources available to her sister and others. “She was nearing adulthood and we were starting to realize what kinds of opportunities were available for people with developmental disabilities.”

What she found? Not much.

“We’re talking about sort of that fundamental right to work and just be part of our communities,” said Pratt, who had no real experience in business or the food and beverage industry before she opened Puzzles. 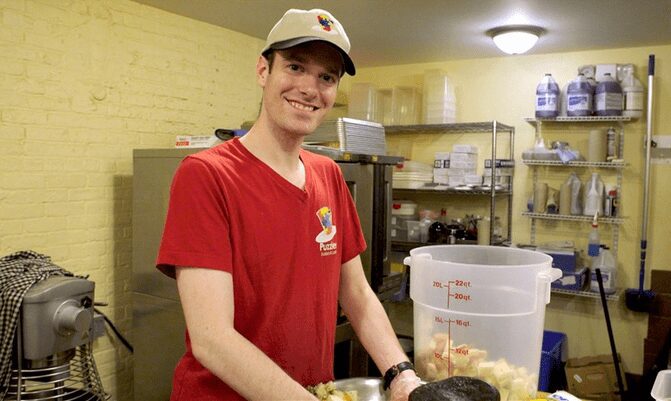 Her employees aren’t relegated to jobs at the bottom of the ladder, as is the case in many businesses that hire people who have disabilities — they’re baking, cooking and preparing food, taking orders, serving customers and more.

Her driving mission of acceptance extends to the clientele at Puzzles.

“When I was growing up and my family would try to bring my sister maybe grocery shopping or to a restaurant, we never knew if she might have a meltdown or some behaviors out in public,” Pratt said. “And that’s something that, especially a lot of families with younger children with disabilities, they might be concerned about what people are thinking or how that might reflect in the community.

“But what I love about Puzzles is everyone can feel really at home and safe here. All of our employees are really understanding and trained. They would completely understand if somebody was vocalizing or maybe rocking back and forth or having a meltdown in a way that might be sort of socially inappropriate elsewhere. It’s OK here.” 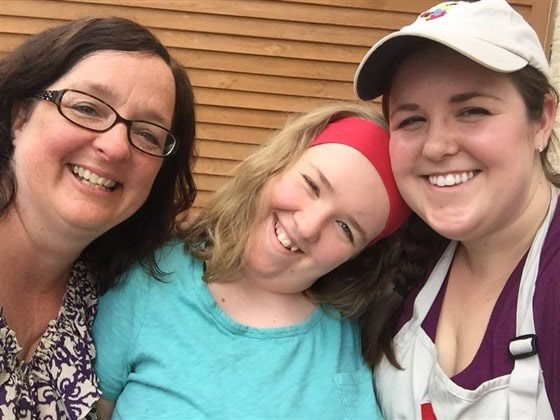 Puzzles isn’t the only local business catering to people who have disabilities. There’s Bitty and Beau’s, the North Carolina coffee shop Ben and Amy Wright opened in 2016, inspired by two of their children who have Down syndrome. They recently opened their third location, in Savannah, Georgia. There’s also Two Cafe, a Cleveland restaurant that hires people who have disabilities and then helps them find other jobs that suit their interests and skills. And there are many other businesses outside the food and beverage realm that have similar missions, too.

But as Pratt points out, a few businesses here and there aren’t enough to meet demand. (That said, here’s your reminder that next weekend is Small Business Saturday, in case you need an excuse to visit the aforementioned places.)

“To date, we’ve had close to 4,000 applications, which is absolutely fantastic, but also heartbreaking, because I don’t have 4,000 positions available,” she said.

One day she would like to franchise Puzzles, but for now, she just hopes other businesses take notice of what she and others are doing, and start to consider more applicants who have disabilities.

“Take a chance on someone with special needs,” she said. “I think you’ll be pleasantly surprised. We have some of the most dedicated, loyal, amazing workers here at Puzzles, and I know that all across the country there are people with developmental disabilities who want nothing more than to be given the opportunity to work.”

As an added incentive, Pratt noted that she’s seen a much lower turnover rate among her employees who have disabilities than those who don’t.

“We’ve had employees who started with us when we first opened who are still here with us today, and will probably be employed with us for a very long time,” she said. “That’s something that’s really amazing to me.”

Story as seen on Today